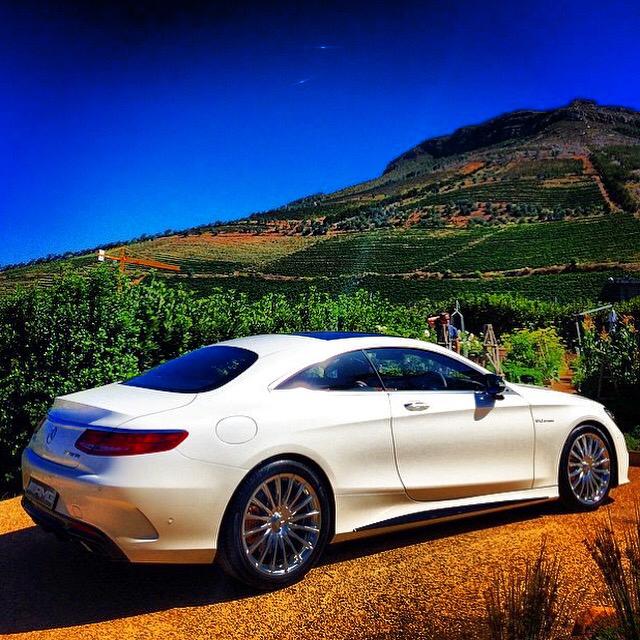 This week, my guest blogger is Marnus Hattingh, National Motoring Editor at Die Burger newspaper in Cape Town. We hear his take on the slippery world of new technology in the modern automotive landscape

Modern day’s connectedness has made things both easier and difficult for the car manufacturing industry. It could be said that up to about the 1980’s, any car company only had to make sure cars were reliable, performed well or designed to look good enough to either captivate the motoring audience, or to keep them loyal to the brand.

Today, the landscape is different. All cars are quite good. They perform well. An entry level VW Polo today will handle at speed better than many a performance sports car of the 1970’s. Better braking, better handling under braking, more stability whilst cornering. Even just as a small family hatchback it has a much more measured and predictable performance.

This trend continues with the bigger the modern family car. The modern Toyota Corolla is a safety shell with good performance, with a quiet interior and smooth operation. In short, we can’t fault the modern vehicle. That’s what technology has brought us, with better building techniques, standardised production lines and better engineering.

This is all fantastic for the consumer. You don’t have to fork out a family fortune to travel in safety and with peace of mind. But for the manufacturer these enhanced engineering processes have brought an unintended consequence: How to stand out in the crowd in this modern car market-place?

If we all use virtually the same gearboxes, or our engines produce the same set of performance and frugality data sets, and our soundless cabins are stacked with touch screens and leather, how do we differentiate ourselves in this busy market?

Make room for that marketing speak favourite – the USP

The ‘clever suits from Marketing’ came up with this catchphrase that echoes and dominates the modern car industry today right across the globe: To have a Unique Selling Point in your vehicle. It does make sense, to be fair. If everything is the same, that one aspect which stands out from the crowd might just be the thing that will help salesmen from Brooklyn to Berlin sell their cars on the floor, rather than Tough Luck Tom from the dealership across the road whose car is just, well, a normal good car.

Back in the day when the USP entered the modern car market, it still had a wow factor. Initially, it was based on solid engineering. Saab used an engine with a turbo in a family car to produce extra power without having to double engine size and negatively affecting the consumption figures. Audi introduced four wheel drive in a family car. (They also had a stint with an inline 5 cylinder engine, which was another USP, but was quietly dropped.) And so the market progressed forward. New ideas – based on engineering – found ways to enhance our motoring experience.

Solving problems we never knew we had

Somewhere along the line things went into a new direction. Today, new technology isn’t so much an engineering solution to an existing problem, but more a solution to a need we never knew we actually had. Sometimes it works, actually. Take the little indicator in your sideview mirrors – when a car approaches in your blind spot, and you’re about to make a lane change, the little orange light would flicker, indicating to you there’s a hazard in your blind spot, so be careful.

But often times new gadgets are just that, a gadget that isn’t really necessary. The arm that pushes the seat belt closer to your ear when settling into the car, so that you don’t have to stretch behind for it. Or the tightening of the seatbelt, the so-called pre-tensioner. Some would swear by their heated steering wheels that gadgets are the hottest thing out there in Motor Land. Some would flip around in the seat, looking for that darned switch which deactivates the intrusive lane change mechanism.

It has become quite the topic these days. In the ever expanding war of one upmanship between the German luxury brands, to launch your new status sedan without some sort of USP is just about professional hari-kari for the engineering team that developed that car painstakingly over the past 5 years. Development tests in Norway’s Arctic or Dubai’s summer to check if the coolant is working and the aircon manage alright, just about disappears if there is no new USP to announce come launch day. And that USP can be as frivolous as swivelling headlights, blue ambient lights in the door sills (with 64 colours) or, well, a heated steering wheel.

Earlier this year an insurance company in the USA did a preliminary study to find out what consumers’ feelings are regarding gadgets in their vehicles. It turned out touch screens were okay – up to a point. But a separate volume button is a must. Rear parking sensors, or better, rear cameras are the most favourable. But self-driving systems were ranked lowest in acceptance.

In short, it seems people want a real need to be addressed: I bump my car when reverse parking, please help me save my rear end. Or, is there someone in my blind spot? But nudging the car physically back when the wheels are only touching the centre line is irritating. ABS brakes and stability control are awesome, but gesture control that changes the radio station when I caution my unruly kids is not.

It’s competitive out there. Manufacturers has to do everything they can to maximise sales. Tricks, gadgets and engineering nous are just some of the tools available to lure new customers in. Hopefully, more market feedback will reach the ears of ‘Marketing’, so that Engineering can get on with their real job. Building cars we need, and want.

As a story-teller for people and for brands, and a ‘choice architect’, Richard Webb creates content that your customers need and want to read. He works with businesses he admires to help them create content that sells.